Yesterday, a piece appeared in The Guardian, written by Kevin McKenna, on “the enduring appeal of Mary, Queen of Scots.” Several things stood out, articulated wonderfully by my colleague Dr. Kathleen Kennedy on Twitter:

There are plenty of historians (because #womenalsoknowhistory) who could have been consulted on this topic and who could have provided a more nuanced explanation of Mary Stuart’s appeal without consigning her to utter political insignificance.

Because the fact is that Mary Stuart was not politically insignificant. Though she only ruled Scotland for a few short years, her influence pervaded politics in England and France for the last half of the sixteenth century and it was her son James Stuart who finally unified Scotland and England as James VI of Scotland and I of England, an accomplishment that, for better or worse, fundamentally altered the European landscape.

(And I say this as a lifelong fan of Elizabeth I: Mary Stuart’s reputation is both undeservedly bad and overly romanticized.) 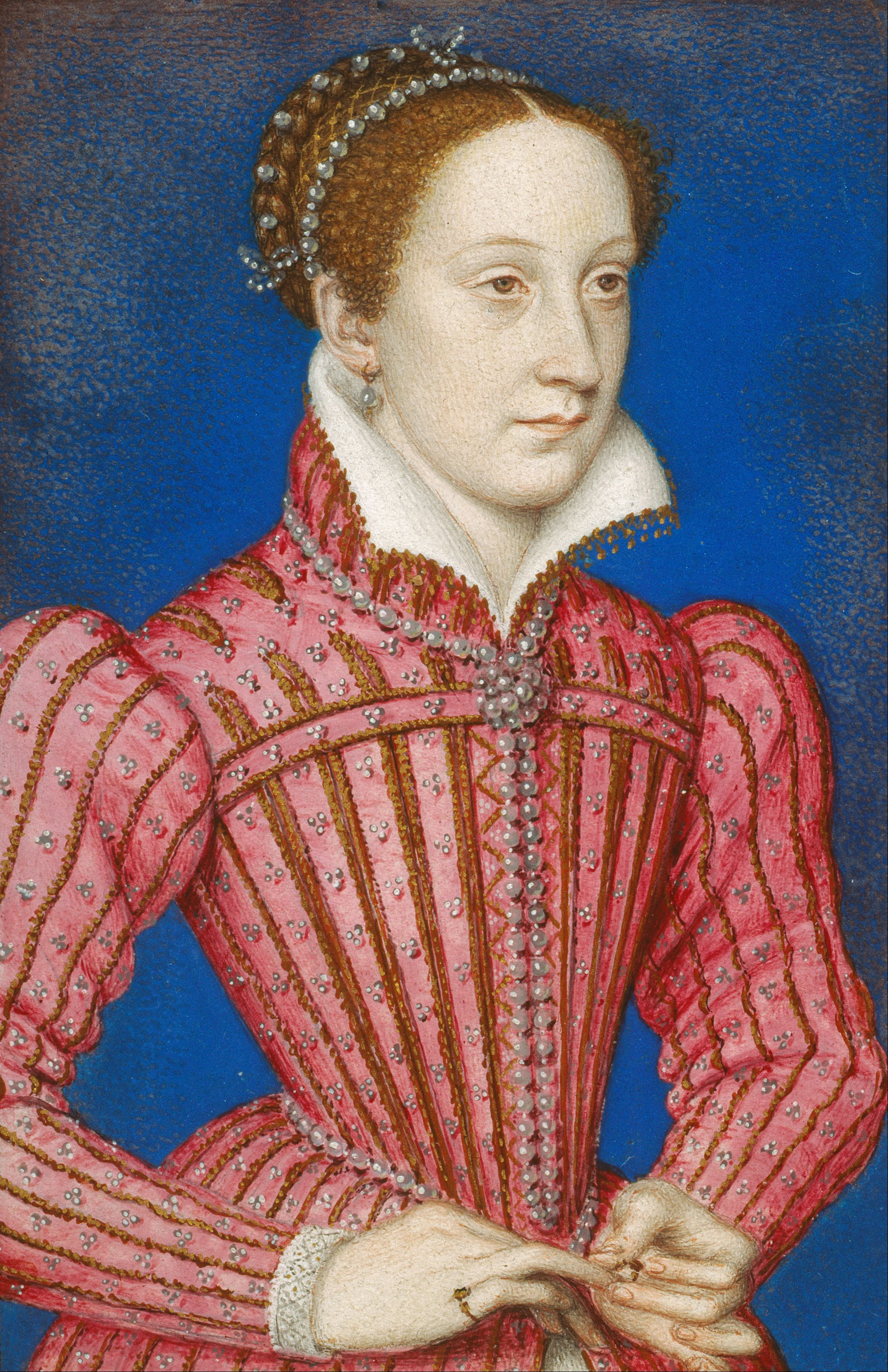 Mary Stuart was the only daughter of James V of Scotland and Marie de Guise, the daughter of a powerful French family. Her father perished at the Battle of Solway Moss in 1542, making Mary queen of Scotland at six days old, and she was sent to France for her safety while her mother ruled Scotland as regent until her death in 1560. While in France, Mary was in the care of the Guise family, though she also spent time in the court of King Henri II and Queen Catherine de’ Medici. To shore up what was known as the Auld Alliance, Mary was betrothed to and eventually married the Dauphin François. They briefly ruled as King and Queen of France, but in 1561, François died, leaving Mary as a teenage dowager queen with only one choice. She had to return to Scotland—a country she had not seen since her birth—and take her throne.

All of this politicking happened within the context of the Wars of Religion. Mary was Catholic, and her connections to the French royal family only bolstered those religious ties. Scotland, in the meantime, was falling under the influence of Presbyterianism, and the Protestant leaders of that movement (most notably John Knox) were deeply suspicious of Mary, who represented three major threats to them: that she was female, raised in France, and Catholic.

The English suspected Mary for those reasons, plus one even more worrisome—that Mary, through her grandmother Margaret Tudor, had an indisputable claim to the English throne. When Mary arrived in Scotland late in 1561, Queen Elizabeth I had only been on the throne for two years. These two cousins were about nine years apart in age (Elizabeth born in 1533 and Mary in 1542), and both had grown up in turbulent circumstances that shaped them into the queens they became, but Mary’s legitimacy as Queen of Scotland had never been in question, while Elizabeth faced opposition for her entire life as a result of Henry VIII’s highly questionable marital choices.

Between this unquestioned legitimacy and her French Catholic upbringing, it is not surprising that Mary encouraged conspiracies designed to place her on the English throne. The French had everything to gain by encouraging political turmoil in England and had often used France’s alliance with Scotland for precisely that end; in turn, the Scots had no desire to be yoked to England, and were content to have their southern neighbor embroiled in civil war.

For several years, things remained in a stalemate. Neither queen was married and neither had an established heir. Then, in 1565, Mary married her English cousin (and Elizabeth’s), Henry Lord Darnley, who was himself within the English line of succession. Elizabeth and her advisors immediately feared that Mary intended to claim the throne and acted accordingly, encouraging rebellion against Mary from Scottish Protestants and, more indirectly, using propaganda to discredit her.

The marriage of Mary and Darnley was a complete disaster. Darnley was—to put it bluntly—a trashfire of a human being, arrogant and power-hungry, who made enemies of most of the Scottish nobility and, eventually, his own wife. He spread rumours about Mary having affairs, including one with her secretary David Rizzio, and then arranged Rizzio’s violent murder in March 1566, while Mary was six months pregnant with the future James VI/I.

Anonymous sketch of the manor of Kirk o’Field on the night of Darnley’s murder, 1567.

Mary gave birth to her son on 19 June 1566, and between her positions as queen, mother, and Catholic, she could not simply divorce Darnley. She met with several leading Scottish nobles in November 1566 to determine the best course of action, and Darnley, sensing the nature of that course of action, retreated to his father’s lands for fear of his life. Early in 1567, he was induced to return to Edinburgh. On 10 February of that year, an explosion occurred at his temporary residence, Kirk o’Field, and Darnley’s body was found in the garden, apparently suffocated.

Darnley’s death and its aftermath are simultaneously the most famous and the least known episodes in Mary Stuart’s life. We know that Mary ended up married to James Hepburn, Earl of Bothwell, in May 1567, but it is unclear whether or not it was under her own power. Plenty of novelists—and more than a few historians and journalists, including the recent Guardian article—assume that Mary chose to marry Bothwell, a move that damaged her reputation beyond repair and sent her fleeing into England, ultimately to her death. In this era of #MeToo, we must acknowledge the possibility that when Mary was intercepted by Bothwell on her way to Edinburgh on 24 April 1567, she was, in fact, abducted against her will. Moreover, that her subsequent marriage to him does not denote consent so much as a conscious decision to make the best of her situation in an era where her reputation would have already been ruined by an assault.

Mary’s imprisonment and execution are more clearly documented, and recent historians have allowed that the evidence that led to her death may have been partly or even fully fabricated. Elizabeth’s own reluctance to sign Mary’s death warrant speaks to the murkiness of the situation, and the consequences of Mary’s execution reverberated across Europe, as the execution of another queen, Marie Antoinette, similarly did some two hundred years later.

What has persisted, thanks to Elizabethan and Protestant propaganda, and Lord Darnley’s smear campaign, is the perception of Mary Stuart as a helpless, clueless woman completely out of her depth, or, led by the men around her. Depending on who tells the story, this interpretation serves to either condemn Mary as foolish or humanize her at the expense of the clever, unfeeling Elizabeth. The Romantics and Victorians glorified Mary for what they perceived as emotional attachment, being led by her heart—her three marriages and her son stand her in stark contrast to the long-reigning but ultimately sterile (and therefore unnatural) Elizabeth. Modern historians, conversely, have dismissed Mary for those same reasons, holding Elizabeth up as the paragon of female power. This false dichotomy does a great disservice to both of these remarkable women, who contended with circumstances far beyond their control and men determined to destroy them. A more fruitful approach–one that is growing in popularity within queenship studies and the historical community more generally–would be to consider these two women not as mere rivals, but as queens navigating a complex series of power dynamics that included blood kinship, religious conflict, toxic masculinity, and political competition.

I would therefore argue that the ‘sanguine and less emotional’ approach that Kevin McKenna attributes to historian Sir Tom Devine, who dismisses Mary as ‘a figure of essentially minor historical significance’ is fundamentally misguided. However one feels about Mary Stuart, her impact on both Scottish and English—not to mention French—history is greater than it appears on first glance, and her fate serves as a cautionary tale for any subsequent woman aiming for political power. No matter what you do, who you marry or don’t marry, the children you do or don’t have, there will always be men who will do whatever it takes to bring you down.

P.S. I have many, many thoughts on how the CW series Reign handles these issues, which I will discuss at the Popular Culture Association conference in April 2019, and in the book I am currently writing for Palgrave Macmillan.

Sarah Gristwood, Game of Queens: The Women Who Made Sixteenth-Century Europe (Basic Books, 2016).